Been on tenterhooks all week, fingers crossed that this moth would emerge...

But rewinding a week or so, just beyond my garden I found an unusual mine on Blackthorn (Prunus spinosa) whilst I was actually collecting Parornix mines to rear.  On rechecking the pot, the typical Lyonetia pupa hammock could be seen fastened to the sides. 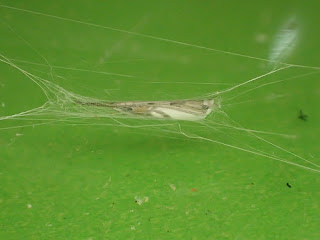 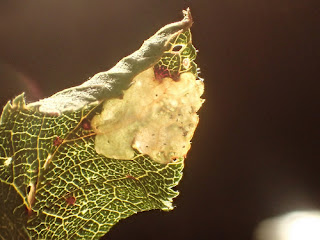 All things pointed to one moth, but I wanted to be 100%.  As the pupa developed, the chevron like markings on the forewing could clearly be seen, so far so good.

And lo and behold the male emerged 16th September, confirming the existence of Lyonetia prunifoliella in East Kent. 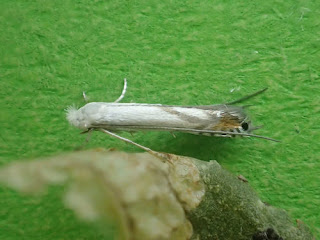 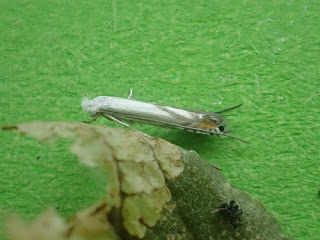 This is a Flickr badge showing items in a set called Micros inc miners. Make your own badge here.

A blog dedicated to the micro lepidoptera of Kent - well, the ones I manage to locate at least.
In addition to adults, the blog will focus on the early stages and in particular leaf miners.